A board game released with the first film. This has also been reprinted in 2020 and includes a Grand Moff Tarkin action figure.

In 1977 the biggest film of the year created several board games; thankfully they were all quite good. Escape from Death Star was the first of these and a worthy addition to any Star Wars fan's collection. 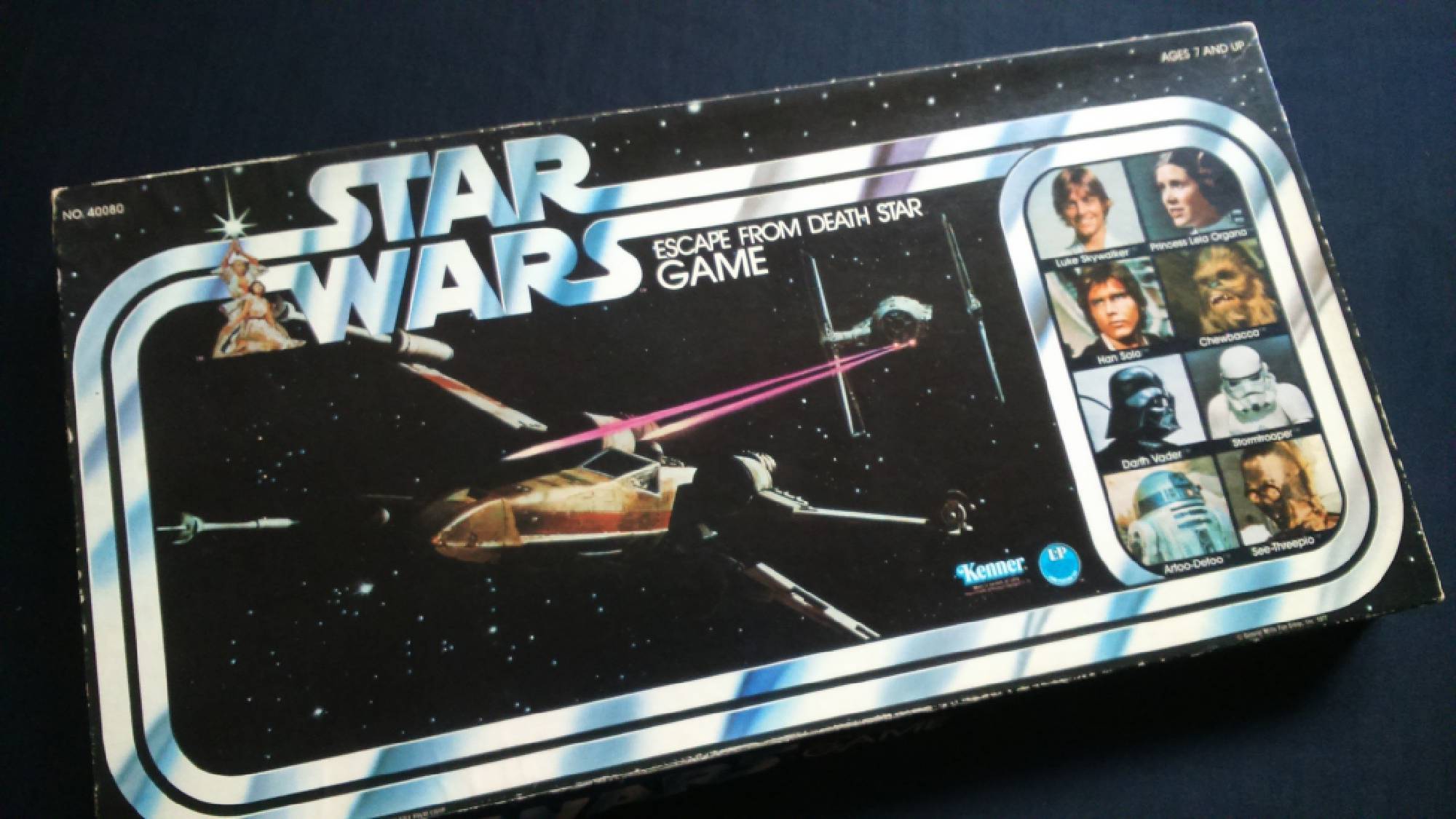 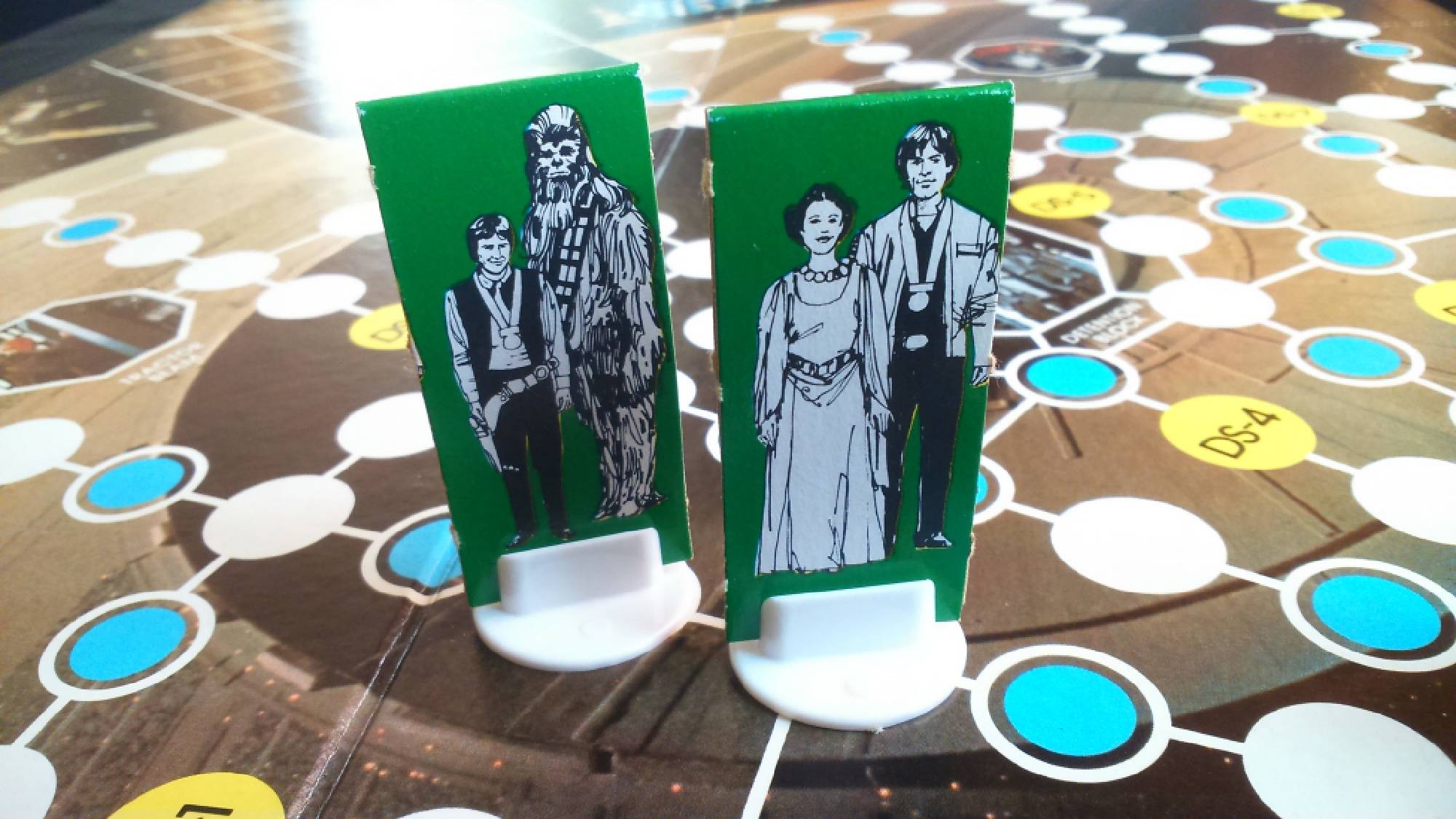 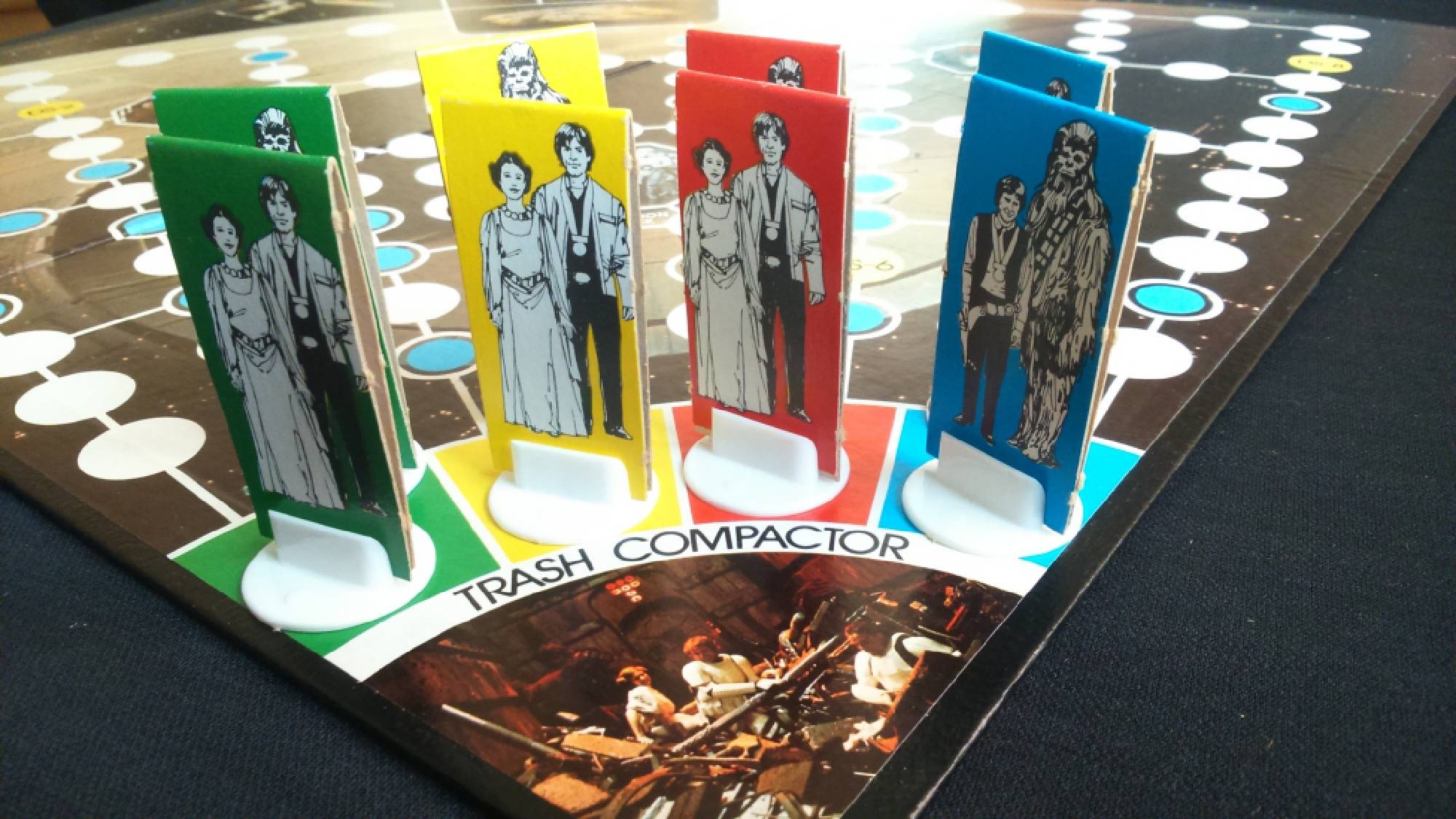 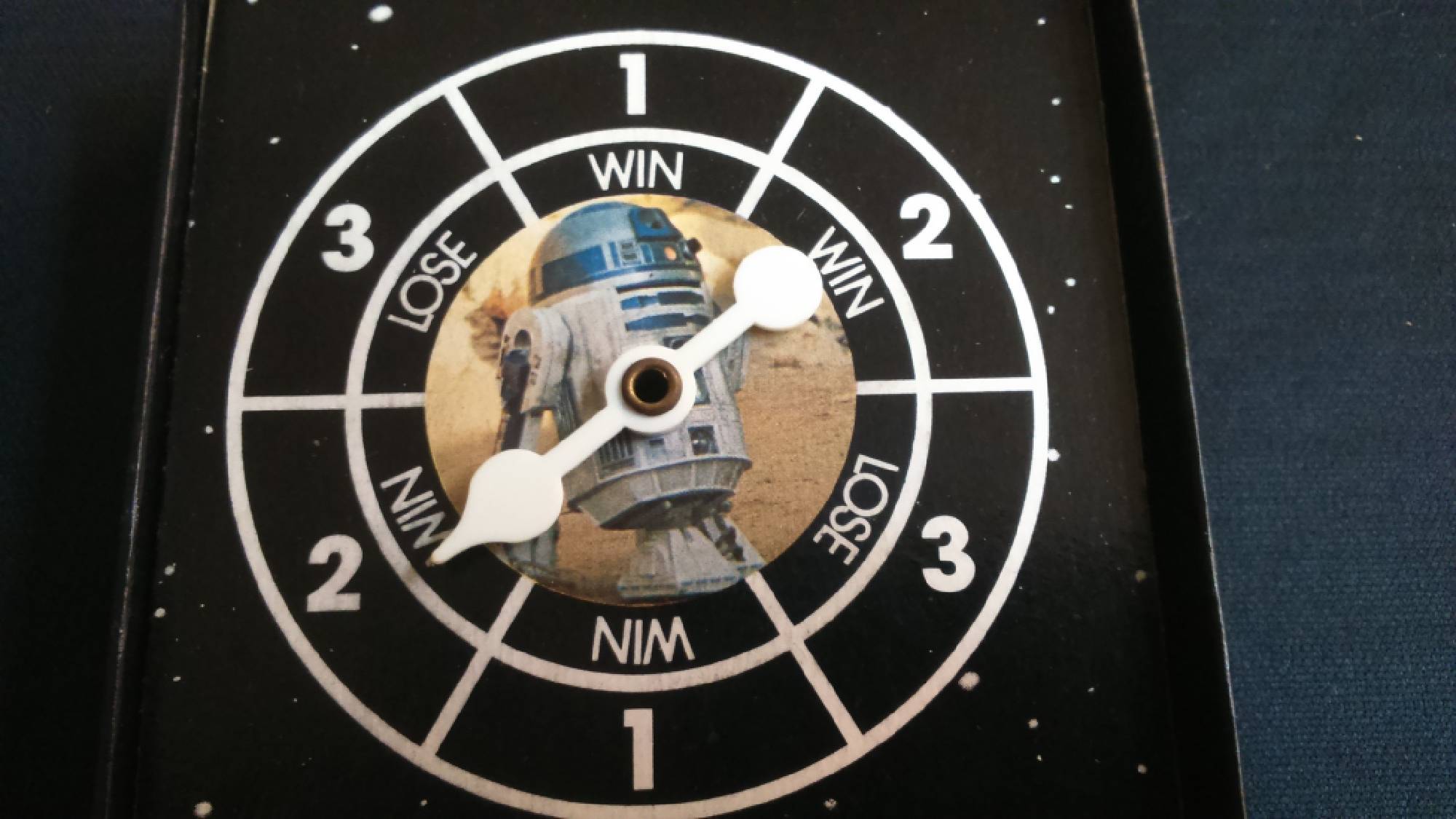 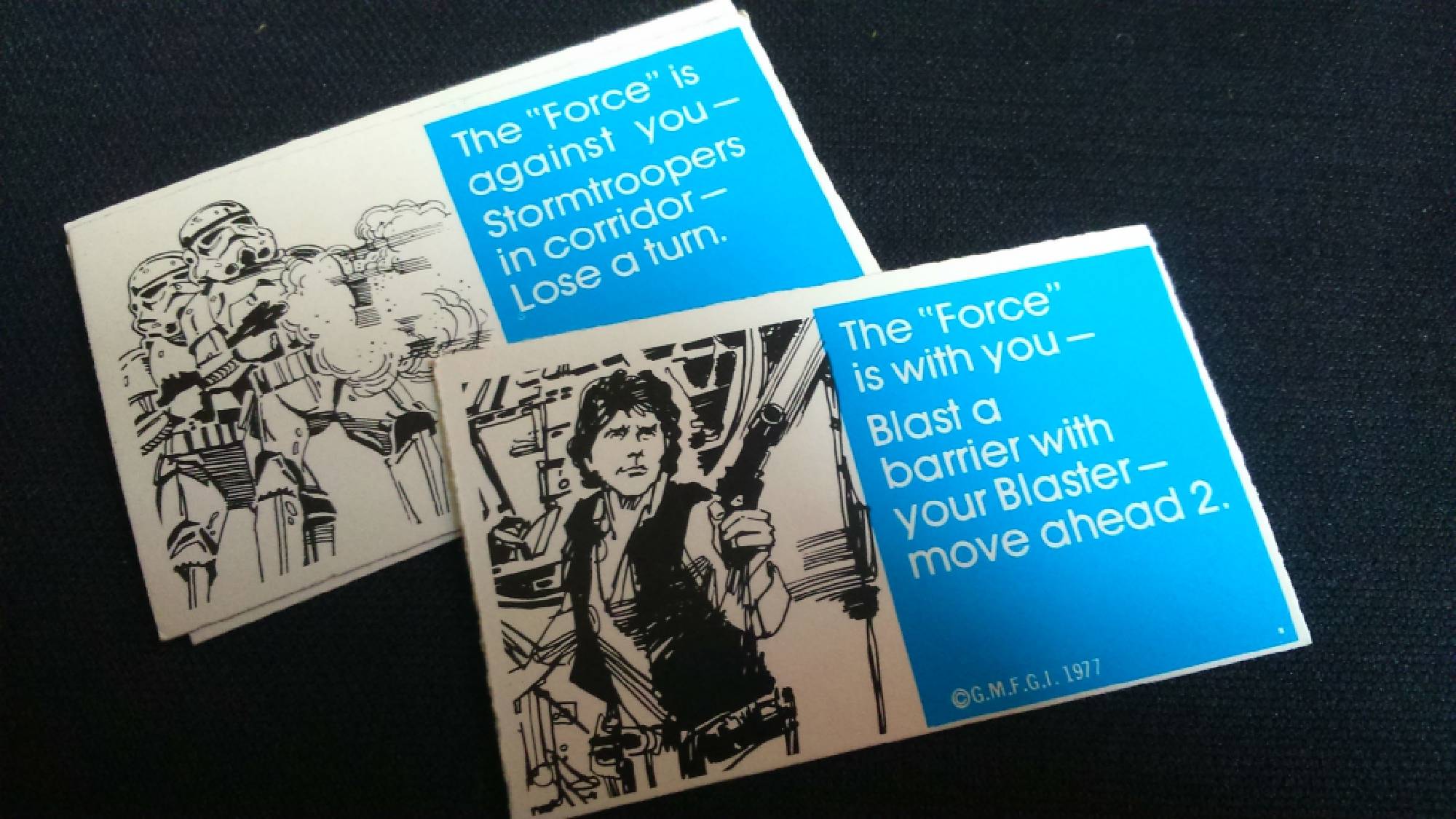 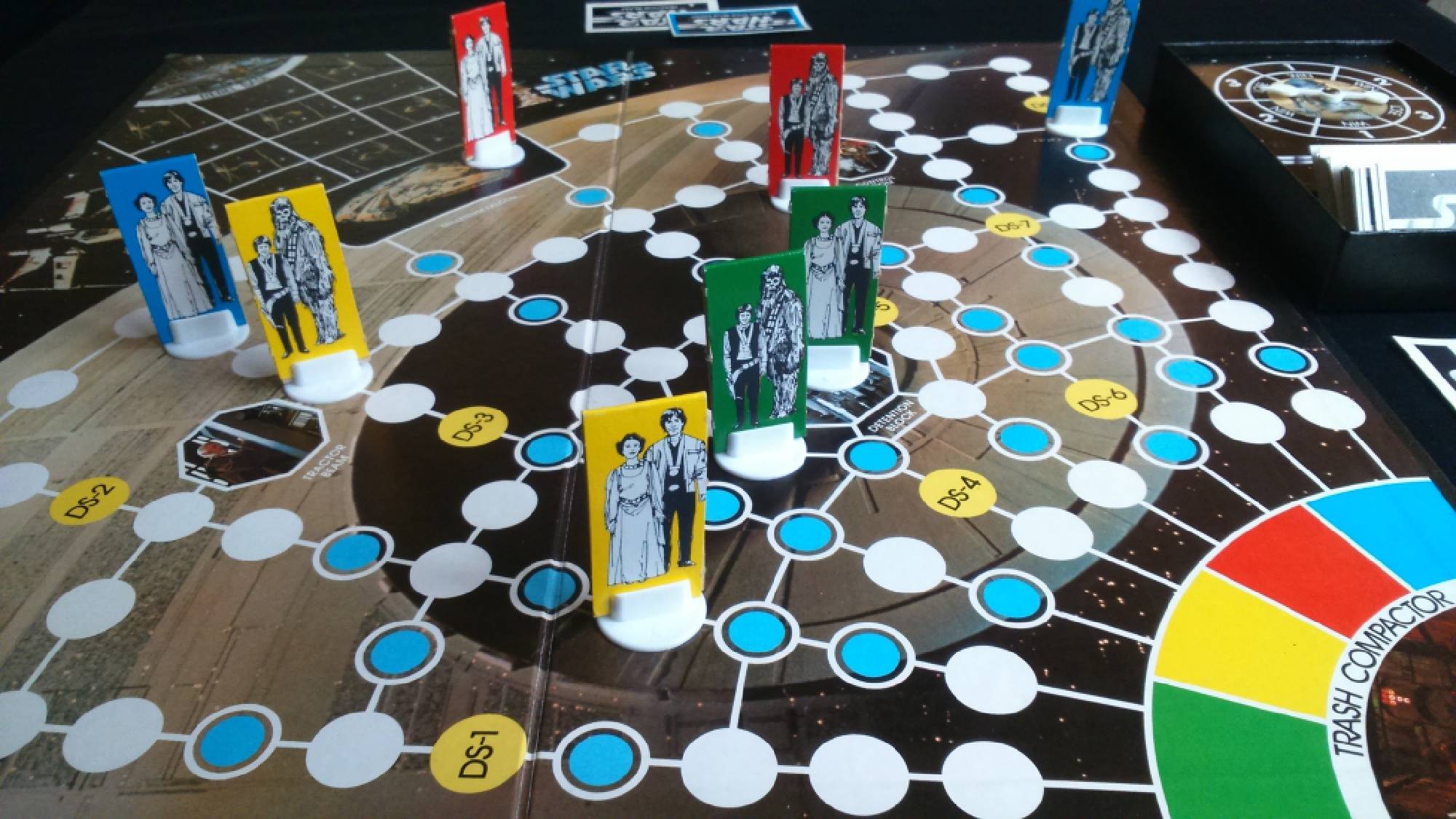 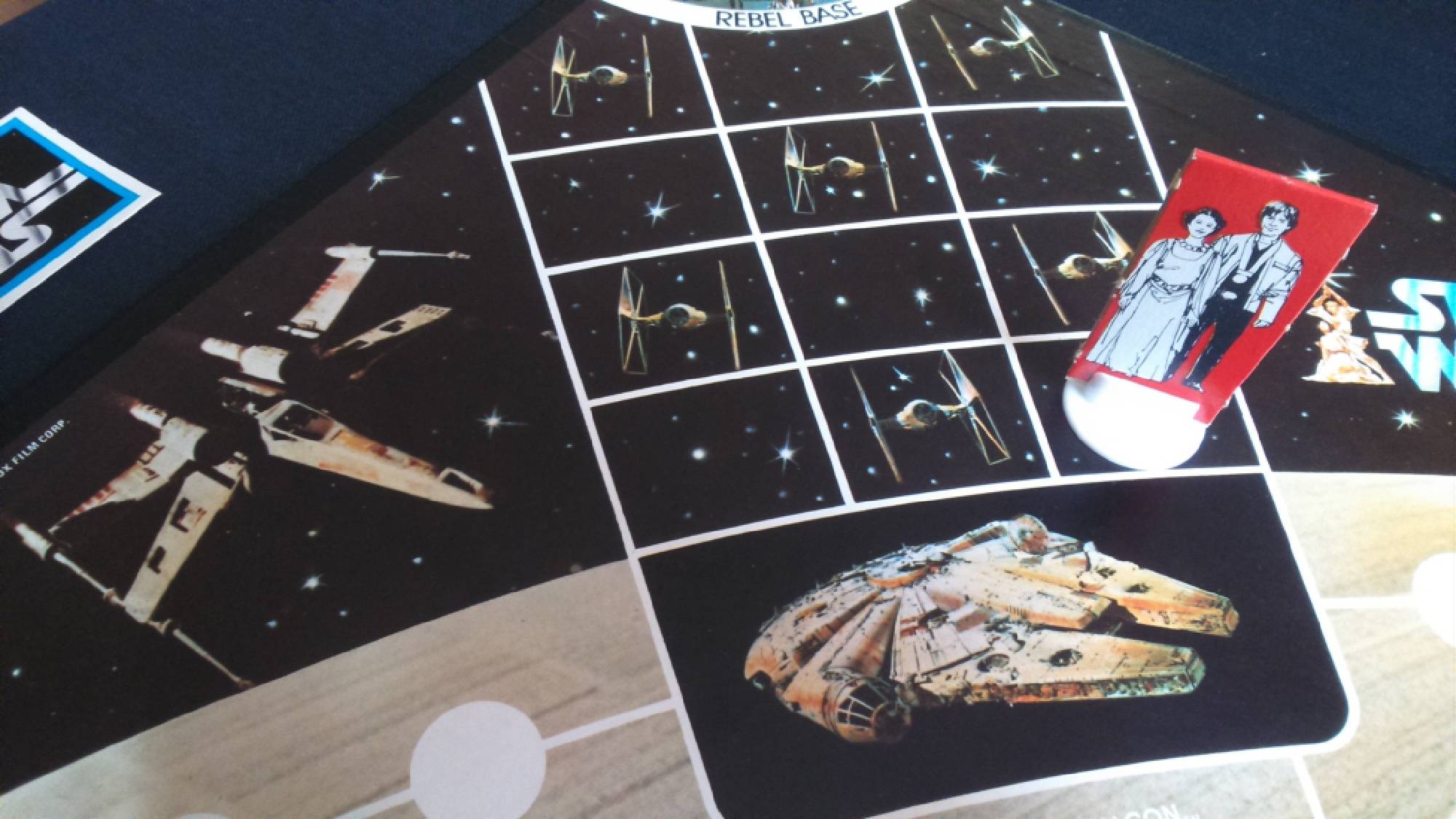 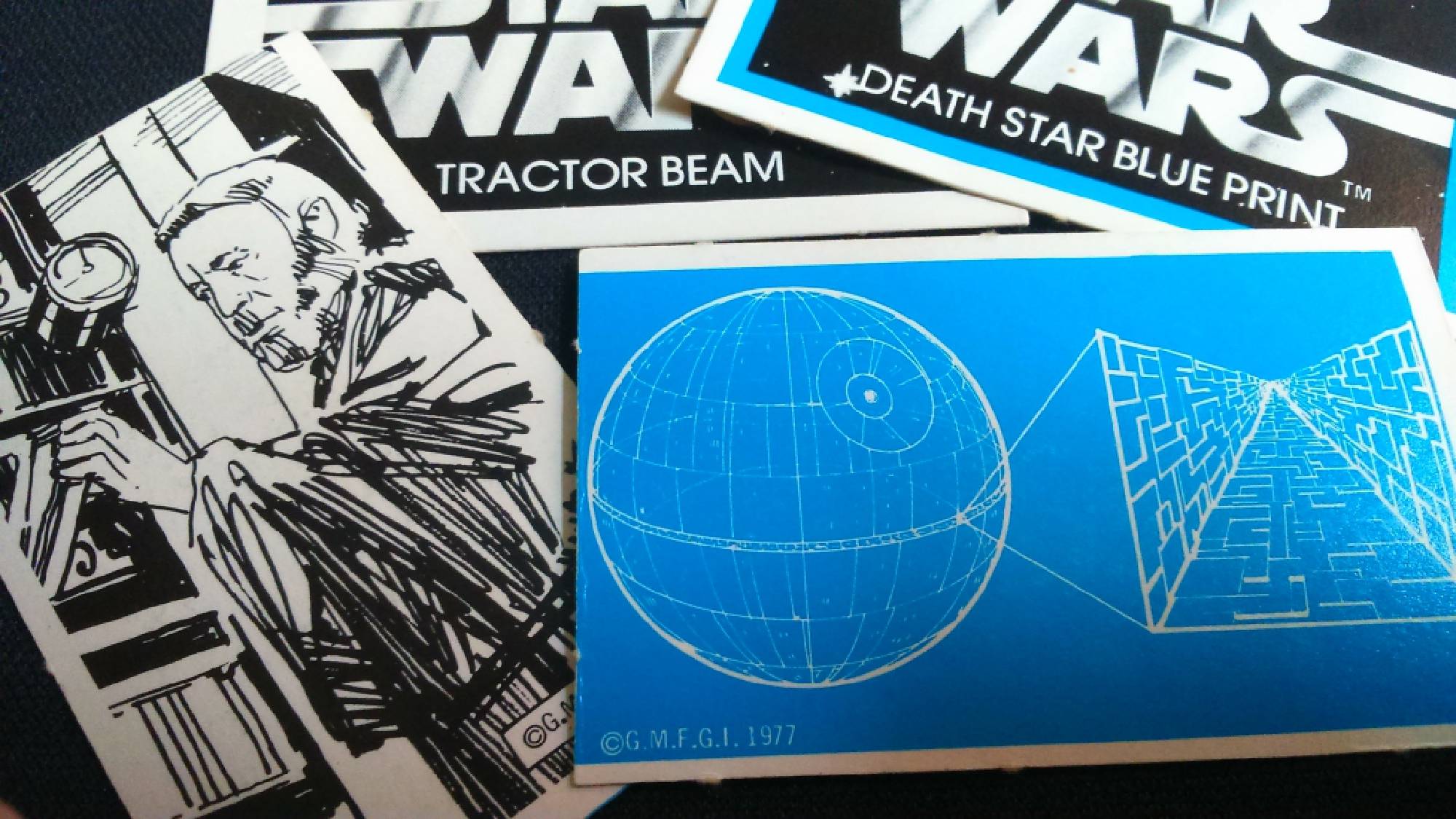 As strange as it may sound in 1977 we only had one Star Wars film to watch. Of course that didn't stop the film's makers from licensing a vast array of Star Wars related goodies. This game was published by American company Kenner Toys, they were founded in 1947 but closed in 2000 when all of their brands and products were merged into Hasbro. Kenner released a sequel "Star Wars: Destroy Death Star Game" also in 1977 and in a licensing frenzy Palitoy published an electronic tabletop game with exactly the same title.

The game is set a long time ago in a galaxy far away, four companions have been trapped in a trash compactor inside the Death Star and must escape. As part of the escape plan they must disable the force field that is hold their ship, steal the blue prints for the Death Star and reach the Millennium Falcon. Once they are all aboard they must fly back to the rebel base fighting off any Tie Fighters that may try to stop them. It's a tall order from a board game made in the 1970's but it does seem to work very well.

Up to four players can play and each gets two counters to move; one with Princess Leia and Luke Skywalker the other depicting Han Solo and Chewbacca. There are no dice but instead players use an R2D2 spinner to determine how far they can move. This is to make the game last a little longer as the maximum movement the spinner allows is three. During the first phase of the game you have to visit the area of the board marked "Control Centre" here you can collect the blue prints card, you also have to visit the area marked "Tractor Beam" where you can collect the tractor beam card. You can take any route you like but if you land on a blue circle you have to draw one of the 52 force cards and the force can be with you or against you. If you're really unlucky you can be sent to the detention block in the centre of the board for up to three turns.

In the second part of the game you try to escape to the rebel base. You need both the blue print and tractor beam cards plus you must have both of your character counters on the Millennium Falcon tile before you can leave. It's only a short trip but there are plenty of Tie Fighters to get in your way. The R2D2 spinner comes into play again here allowing a simple win/lose result.

This is a fairly simplistic board game but it still delivers. The artwork, images and use of events from the film make it feel like a Star Wars experience even if the second part of the game is short and a little tacked on. If you're a Star Wars fan then this is a very nice item of memorabilia from the film's launch year.